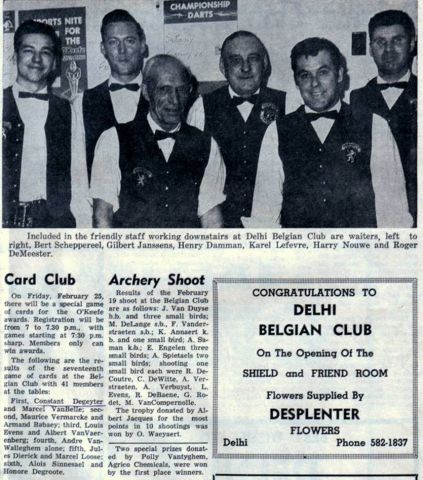 On Friday, February 25, there will be a special game of cards for the O'Keefe awards. Registration will be from 7 to 7.30 p.m., with games starting at 7:30 p.m. sharp. Members only can win awards.

The following are the results of the seventeenth game of cards at the Belgian Club with 41 members at the tables:

The trophy donated by Albert Jacques for teh most points in 10 shootings was won by O. Waeyaert.

Thanks to Alice De Geyter for sharing.