History of Belgian Archery in Canada 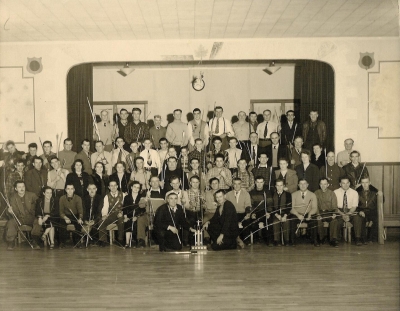 Perhaps the most characteristic Belgian sport is archery, the most popular sport in Flanders at the time when the majority of Belgians in Canada left the old country. Several of the larger Belgian centres have archery clubs, hold tournaments regularly and send in the results to be published in the Gazette van Detroit, next to the results of similar tournaments in other Belgian centres in Michigan and Illinois.

Belgian archery clubs practice a distinctive type of archery of medieval origin known as “popingai”, “papejay”, or, more correctly, popinjay shooting. In Manitoba for some years the form of the sport known as “pole shooting” was practised by Belgian immigrants, as described in the book The Belgians in Manitoba by Keith Wilson and James B. Wyndels. In Ontario the horizontal version of the sport is preferred, and is usually played indoors in a Belgian club, though at times it is played outdoors. There its novelty attracts attention from those who are not familiar with this Belgian sport.

The goal of the sport is to shoot the “birds”, which are traditionally made of feathers or wood, but in Ontario are now made of synthetic material. A total of 34 30 one-point (small) birds, 2 two-point (kalle, at times locally spelled khal or kal) birds, 2 three-point (side) birds, and 1 four-point (high) bird make up a “table” or “perch” or ‘rack”. The archers shoot at the angled rack from 20 metres (65 feet) away with blunt arrows.

Many of the Wallaceburg Canadian-Belgian-Dutch Club members still use a traditional two piece steel bow for shooting. Others prefer to use more modern recurved bows made from fiberglass or wood. A number of archers have decided to choose the compound bow, since it can be used for hunting as well as popinjay archery. The rules of a Belgian archery club do not permit the use of bows with sights, cross-bows, or various mechanized types of bows.

The Wallaceburg club has more than 100 members, about 60 men and 40 women, with more members joining each year as archery continues to grow in popularity. The club is one of the oldest Belgian groups in Wallaceburg, dating from before World War II, although the exact date of its founding is unknown.  At an early date, it met in a local establishment called the Primrose, then later in the Lord Selkirk Hall (now the Weber Hotel), before the Canadian-Belgian-Dutch Club building was built in 1950. Then the club began to hold its meetings in the new hall. For many years, the great majority of the archers were of Belgian or Dutch origin, but for over 20 years they have represented many different nationalities. Women as well as men take part in the sport, forming their own teams. The Wallaceburg Archery Club competes locally with other Ontario clubs, nationally, and internationally. 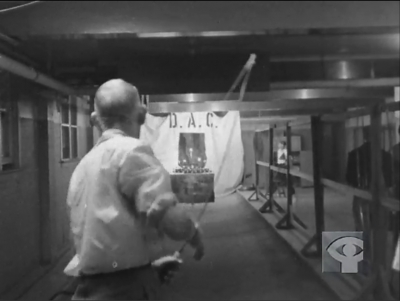 The Delhi Archery Club takes part in the annual Belgian Days, a two-day festival held annually on a weekend in late July, near the time of the Belgian national holiday on 21 July. There is an annual archery tournament, a feature of the Days because of its uniquely Belgian character. Another special event is the Delhi Tobacco Harvest Festival Archery Tournament held outdoors on Main Street in September. Popinjay shooting may be considered a legacy from medieval times, preserved both in Flanders and Flemish communities abroad.

In Belgium itself, popinjay shooting at horizontal targets, though not as popular as in earlier times, is still, perhaps, the most popular folk game since it is played throughout Flanders and practically nowhere else. Popinjay shooting at a tall pole, however, is practised in all of the five Flemish provinces, but to a much lesser degree in Wallonia and in areas of the Netherlands bordering on Belgium.